Members of the Baptist State Convention of North Carolina’s (BSCNC) board of directors recently heard an update on progress being made on a forthcoming measure that would outline steps by which individuals serving in leadership positions with the state convention could be removed for a moral failure.

The Baptist State Convention of North Carolina’s (BSCNC) executive committee unanimously approved proposed changes to the convention’s bylaws that would create a formal process by which individuals could be removed from positions of leadership for behavior that would disqualify them for service. 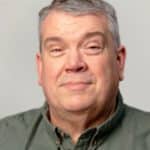 You probably noticed that things look a little different around here. Welcome to the newly redesigned Baptist State Convention of North Carolina website, which officially launches today (Nov. 1). The new site features an updated design, improved navigation, and new resources and features that are all aimed at giving users…

Southern Baptists were shocked and dismayed one year ago this month after the Houston Chronicle printed a series of articles titled “Abuse of Faith.” These articles reported that numerous sexual abuse cases with teens and children had occurred in Southern Baptist Convention (SBC) churches. In some instances, these heinous acts…