The executive director-treasurer serves as the chief executive officer of the convention and a spiritual leader who provides statewide guidance and inspiration.

Before joining the staff of The Summit Church, Unzicker served as the director of missions for the Holmes Baptist Association in Bonifay, Florida, from 2007 to 2012 before the title was renamed associational mission strategist. While serving in Florida, he worked to bring mostly small, rural churches with bivocational pastors together for church planting and international missions. He also served for two years as a missionary in Central America.

Unzicker earned his bachelor’s degree from the Baptist Bible College of Florida and his master of divinity from Southeastern Baptist Theological seminary. Prior to his salvation and his call to ministry, Unzicker worked as a sports reporter covering the nationally ranked University of Georgia football program.

A native of Fairfax, Virginia, outside of Washington, D.C., Unzicker has been married to his wife, Ashley, since 2007. The Unzickers have three children and reside in Wake Forest.

To assist the churches in their divinely appointed mission.

We want to partner with you to be on mission together. 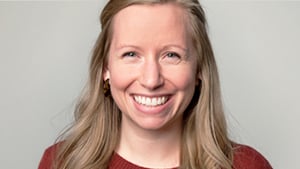