Officers of the Baptist State Convention of North Carolina and Board of Directors serve on a voluntary basis to guide the ministry and missions efforts of the state convention.

Steve Scoggins was re-elected president of the Baptist State Convention of North Carolina in November 2019. Scoggins currently serves as senior pastor of First Baptist Church of Hendersonville, N.C., and he has also pastored churches in Oklahoma, Georgia and Alabama. Scoggins holds a bachelor’s degree from Samford University and a master of divinity from Southwestern Baptist Theological Seminary. He also teaches courses in New Testament at Fruitland Baptist Bible College. Scoggins and his wife, Karen, have five children and 11 grandchildren. 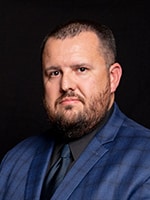 Micheal Pardue was re-elected first vice president of the Baptist State Convention of North Carolina in November 2019. He has served as pastor of First Baptist Church Icard in Connelly Springs, N.C., since 2013. Pardue previously served on the state convention’s Board of Directors and as president of the N.C. Baptist Pastors’ Conference. A native of Taylorsville, N.C., Pardue holds degrees from Gardner-Webb University, North Greenville University and Southeastern Baptist Theological Seminary. Pardue and his wife, Rachel, have seven children.

Matthew Ledbetter was re-elected second vice president of the Baptist State Convention of North Carolina in November 2019. He serves as pastor at Creeksville Baptist Church in Conway. Ledbetter has more than 20 years of experience in local church ministry, and he has led several short-term missions teams to Mexico and Honduras. Ledbetter previously served on the state convention’s Board of Directors. Ledbetter is a graduate of Fruitland Baptist Bible College and Liberty University. He and his wife, Lana, have one daughter.

Melanie Wallace became president of the board of directors in July 2019 after previously serving as the board’s vice president. Melanie has served on the board’s Church Planting and Missions Partnerships Committee and as an at-large member of the Executive Committee. Melanie is an active member of Hephzibah Baptist Church in Wendell, N.C.

Matt Capps was elected to serve as vice president of the board of directors in September 2019. He has served as senior pastor of Fairview Baptist Church in Apex since June 2015. Matt holds a Master of Divinity from Southeastern Baptist Theological Seminary and a doctorate in pastoral theology from Gordon-Conwell Theological Seminary. Matt and his wife, Laura, have three children. 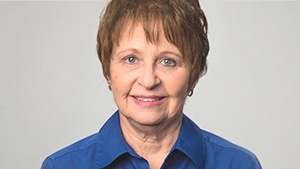 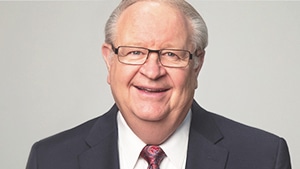 Get the latest news and information by signing up for our N.C. Baptist newsletter.