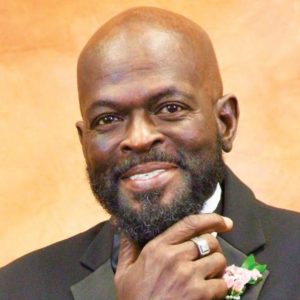 Reverend Billy D. Houze is the Pastor of the First Baptist Church of Lawndale where he has been the Pastor since 1980.  Under his leadership the church has accomplished many things and has experienced tremendous growth. He testifies that the growth has occurred only by the grace of Almighty God.  He feels blessed to be a part of what God wants to do for the church and community.

Pastor Houze was educated in the Kings Mountain District Schools.  He attended Gaston College, in Dallas, North Carolina and earned his BA degree in Religious Studies from Gardner-Webb University in Boiling Springs, North Carolina.  He attended Southeastern Theological Seminary, Wake Forest, NC, and studies at Shaw Divinity School in Raleigh, NC.  He received a Masters of Divinity Degree in Pastoral Care and Counseling from Christopher White Divinity School at GWU, Boiling Springs NC, in May 2012.

Pastor Houze serves on several boards where he is an active member of the GBSC Executive Council, Cleveland County Tomorrow Board of Planning, The Day Detention Advisory Council, United Way Board of Directors, Cleveland Community College Board of Visitors, and Gardner-Webb University Board of Ministers.  He served two terms on the Kings Mountain Board of Education; was the past Moderator of Ebenezer Baptist Association, and Chairman of Evangelism for the General Baptist State Convention of NC Inc. He serves locally as the Legal Redress Chairman of the Cleveland Branch of the NAACP.

Pastor Houze has done missionary work in Jamaica, where countless number of people there gave their lives to Jesus.  In addition, he has led the General Baptist of the state of North Carolina in hands on mission and outreach to the incarcerated, homeless, and despondent.  He currently works as the chairman of the Institutionalized and Homeless Ministries of the GBSC and Vice-chairman of the General Board of the GBSC.  Pastor Houze has been a most sought after evangelist across the country.  He has been active in Evangelism since his call into ministry in 1975.  Pastor Houze is seen as a pioneer in the ministerial field. He made Biblical theological tours to Israel, Egypt, Turkey, and Greece. He was the first African-American elected to the Kings Mountain District School’s Board of Education, serving for more than eight years. Pastor Houze has been a professional singer, singing with the Brooklyn Allstars of Brooklyn, New York and currently with the Swan Silvertones of Pittsburgh, Pennsylvania. He served as an adjunct professor at Gardner-Webb University.

Pastor Houze is a native of Grover, North Carolina and now resides in Kings Mountain NC.  Having been raised by his grandparents the late Pastor and Mrs. G.W. Smith, he was taught the value of living a life of honesty and with strong Christian integrity. These characteristic are of high priority in his ministerial and daily life. Today Pastor Houze also has two brothers that are now pastors as well.

Pastor Houze is married to Karen C. Houze.  She is an educator in the Grover Elementary School system.  They are the devoted parents of 5 children: Gloria, Kenya, Brian, Brandon and DeLauren and 10 grandchildren.