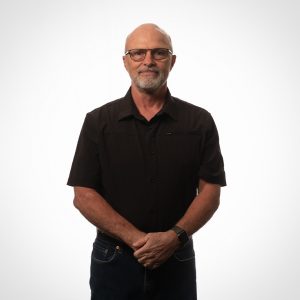 Jay Humphrey serves as facilities manager for the Operations group.

At a young age, Jay began working on his parents’ pig farm in Burgaw. After graduating from North Carolina State University, he returned home to manage the family business for a number of years and eventually started his own pig farm.

Jay felt called to pursue theological education in 2004 and graduated from the College at Southeastern three years later with a bachelor’s degree in biblical studies. His past ministry experience includes serving as youth director for Burgaw Baptist Church and youth pastor for Mission Baptist Church.

Prior to working for the Baptist state convention, Jay worked eight years for Lowe’s Home Improvement. Then in 2014, he helped launch Back Alley Coffee Roasters in Wake Forest, where he participated in facility renovation for the startup, in addition to taking on the roles of coffee production manager and sales representative.

Jay currently serves as a deacon and leads a discipleship group at Imago Dei Church in Raleigh, where he and his wife, Kim, are members. They have two children and seven grandchildren.