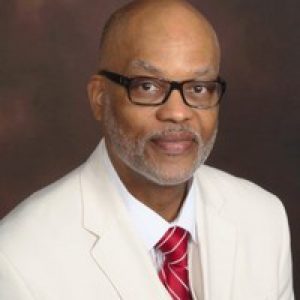 Michael R. Smith, Sr. was born to Wade H. Smith, Sr. and the late Marceline L. Smith on August 30, 1957 in Raleigh, N. C. He and his wife Renee are the parents of 4 grown children and 8 grandchildren.

Dr. Smith was educated in the Raleigh Public school system, graduating from Jesse O. Sanderson High School in 1975 and later from Fayetteville State University in 1979 with a B. A. in Sociology. Brother Smith became a Christian while serving in the U. S. Army. After being honorably discharged, he furthered his theological education at Southeastern Baptist Theological Seminary (SEBTS), Wake Forest, NC where he earned both the Master of Divinity degree and the Doctor of Ministry degree in Christian Leadership. His doctoral dissertation is entitled, “Assessing the Spiritual Formation of Christian Leadership through the Intentional Practice of Spiritual Disciplines.”

Dr. Smith was licensed in 1986 and ordained in 1988 at Martin Street Baptist Church of Raleigh, N. C. under the pastorate of the Reverend Dr. David C. Forbes, Sr. His ministry experience includes serving as an Associate Minister at Martin Street Baptist Church, Associate Minister & Director of Christian Education at Christian Faith Baptist Church in Raleigh, N. C., Interim Pastor at First Baptist Church, Fuquay-Varina, N. C., Associate Minister at First Bryan Baptist Church in Savannah, Ga. and Mount Olive Baptist Church in Woodbridge, Va. His experience also includes serving as a full-time Chaplain/Pastor in state and federal prison systems for 27 years. He retired as the first African-American to serve as Chief Chaplain for the Federal Bureau of Prisons in Washington, D.C. in November 2015. He has served as Chairman of General Baptist State Convention of NC Prison Ministry, Commissioner for the Prison Ministry and Criminal Justice Commission of the National Baptist Convention, USA, Colson Fellow Graduate of the Christian Worldview Program, and served as an Advisory Board Member of the Correctional Ministries and Chaplains Association. He is the Chairman of Project Nehemiah a reentry ministry at the Wake Correctional Center in Raleigh, NC. He is the founder of Cross of Christ Ministries, a para-church ministry dedicated to teaching biblical discipleship.

Dr. Smith was called to the Pastorate of First Congregational Church, Raleigh, NC on January 1, 2017.

Dr. Smith’s pastoral/teaching ministry is committed to fulfilling the Great Commission of Matthew 28:18-20. He seeks to inspire, educate, and train the church in the process of disciple making because he believes true biblical discipleship will strengthen the church to grow in Christ-likeness and equip persons to serve effectively. His ultimate goal is to teach Christians to live loving and obedient lives in order to follow Jesus Christ by glorifying our great Father God through godly character and service.

He is the author of the book entitled, “Spiritual Disciplines and Christian Leadership: Are You a Kingdom Leader?” Xulon Press (2016), and co-authored a chapter for the book entitled, “Ministry with Prisoners and Families: The Way Forward” Judson Press (2011). His writings have also been published in “Dialogue” ABC magazine, “Baptist Informer” newspaper, and “Christian Educator” NBCUSA magazine.