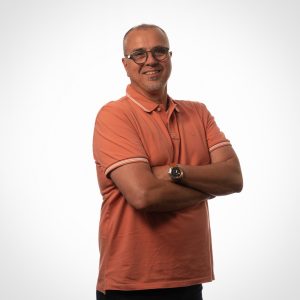 Randy Maynard serves as a regional mission catalyst with the Baptist state convention.

Prior to joining the state convention in January 2022, Randy served for 25 years with the International Mission Board (IMB). During his service, he served as a strategy coordinator for 12 years for an East Asian unreached people group. He also served for many years supervising church planting team leaders.

Later Randy served as a cluster leader for the East Asia region and led the Finishing the Task initiative to see every unengaged, unreached people group engaged with the gospel across East Asia. During his last assignment, Randy lived in northern Thailand and served as a mission mobilizer on the connections team. He and his wife retired from the IMB in July 2021.

Randy is a nursing graduate from both Marshall University and the University of North Carolina at Chapel Hill. He also earned a master of divinity with an emphasis in cross-cultural church planting from Southeastern Baptist Theological Seminary.

Randy was born and raised in the Huntington, W.V. area but moved to Durham, N.C. in 1988. He and his wife, Vickii, have four adult children. They are active members of Bethesda Baptist Church in Durham where Randy was ordained and he and Vickii were commissioned and sent out as IMB missionaries.