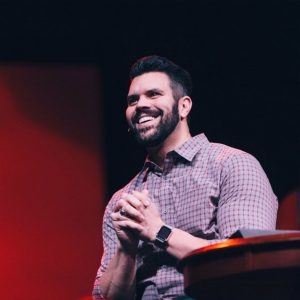 Robby Gallaty has served as senior pastor of Long Hollow Church in Hendersonville, Tenn. since 2015. He received his master of divinity in expository preaching in 2007 and his doctorate in preaching in 2011 from New Orleans Baptist Theological Seminary. Today, Robby’s gospel conviction and evangelistic zeal drive him to passionately “make disciples who make disciples.”

In addition to his leadership at Long Hollow, Robby is also the founder of Replicate Ministries and the author of several books, including Growing Up, Firmly Planted, and Rediscovering Discipleship.

Robby and his beautiful wife, Kandi, have two young sons: Rig and Ryder.