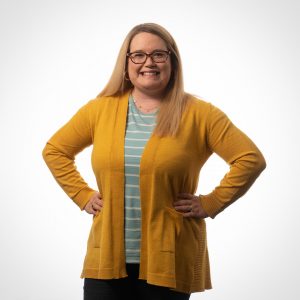 Whitney serves as the creative manager with the Marketing and Communications group.

She has been on staff at the Baptist state convention in a variety of capacities since 2011, which include serving as senior graphic designer and as a freelance designer. Whitney earned her degree in graphic design from Meredith College in 2008.

Whitney lives with her husband and two children in Cary. When she isn’t running after her energetic kids, Whitney’s family serves Forest Hills Baptist Church in Raleigh together and enjoys hosting friends and neighbors in their home.