Ronnie Floyd, recently selected to lead the Southern Baptist Convention’s (SBC) Executive Committee, is slated to speak at the Baptist State Convention of North Carolina’s (BSCNC) Annual Meeting in November. Floyd will preach during a special worship service on Tuesday, Nov. 12 focused on personal evangelism that is aligned with the “Who’s Your One?” emphasis across the SBC.

He provided statements in response to questions from the Biblical Recorder and the BSCNC communications staff about his new role, his passion for missions, the importance of the Cooperative Program and what he plans to share with N.C. Baptists later this year. The following is a lightly edited transcript.

Q: You were named president and CEO of the Southern Baptist Convention’s (SBC) Executive Committee in early April. What have the first few months on the job been like?

A: Since my election on April 2, and full-time status occurring on May 20, I have been in a learning and listening mode. With the 2019 SBC annual meeting facing us in June, and the crisis related to sexual abuse needing a unified resolve in our response, much of my time was consumed with bringing people together to deal with this in the most responsible manner. As well, much of my time was getting to know our team here at the Executive Committee.

Q: Some Southern Baptists may not be familiar with the work of the Executive Committee. What does your new role entail?

A: The Executive Committee is the executive, fiscal and fiduciary arm of the Southern Baptist Convention. We are charged with acting for the convention when the convention is not in its annual session, which is only two days a year. Additionally, we provide a news source for our churches called Baptist Press, plus serve in the public relations of interpreting Southern Baptists and our beliefs to our people as well as to the outside world.

Furthermore, and most important to us, is championing the vision of reaching the world for Christ through promoting the Cooperative Program. Working with all of our partners, it is our heart to assist and inspire churches to cooperate with one another through giving resources and people to this grand task of presenting the gospel to every person in the world and making disciples of all the nations.

The Executive Committee is comprised of 86 members from each state or defined region in our nation; therefore, it is the most representative body that gathers outside of our Southern Baptist annual meeting.

“Southern Baptist churches must recapture the priority of evangelism through our churches.”

Q: What are some of the most pressing issues facing the SBC?

A: I believe that reaching, baptizing and discipling people across America is our greatest need so we can advance the gospel around the entire world. Southern Baptist churches must recapture the priority of evangelism through our churches. Living and breathing gospel urgency in all we do in our churches will change the heart and vision of our churches.

In order to reach the world for Christ, we need pastors and preachers of the gospel to begin calling out the called on a weekly basis. We need more church planters now and more new pastors ready to lead our existing churches here in the United States.

Additionally, we need more missionaries in the pipeline now ready to serve through international missions. Therefore, we need to call out the called of God who are sitting in our churches, inspiring them to invest their lives to seeing people come to Jesus Christ as Lord. This is why I am calling upon our just under 52,000 churches and congregations to begin to prioritize, elevate and accelerate their giving through the Cooperative Program.

Increasing financial support through the Cooperate Program is key in this grand missions and ministries gospel advance. So what does it mean to prioritize, elevate and accelerate giving? Prioritize means to talk now with your church about how they can emphasize Cooperative Program giving in a greater way this year and in years to come.

Elevate means to highlight giving now and develop a strategy to do it annually. Accelerate means to start giving now, rather than later. People are lost without Jesus. We must advance the gospel now to people across America and the world. We cooperate together because we know we can do more together to fulfill the Great Commission.

Q: You have often emphasized prayer and evangelism in your ministry. What are your thoughts on the “Who’s Your One?” initiative?

Q: We’re grateful that you will be a part of the Baptist State Convention of North Carolina’s annual meeting this November. You are slated to preach during a special service that will highlight “Who’s Your One?” and personal evangelism. Can you give us a preview of what you will share and what you hope attendees will take away from the service?

A: I want to encourage all North Carolina Baptists to join me for the annual meeting in November. Each church in North Carolina should be represented and most could join us for the Tuesday evening session during this convention. I believe you will leave with a new and fresh vision of seeing each person in North Carolina come to Christ as Lord, as well as be inspired to work together alongside one another in this great gospel advance across North Carolina, America and the world.

So you’re a follower of Jesus: ‘Now What?’

I vividly remember the season when I decided to give up running and join a gym. Up until then I had been an avid runner and enjoyed it. It was a great stress reliever for me, but I didn’t have much physical strength — I was weak and I wanted to change that.    I remember going to...
Read More

Finding God’s ‘shells of grace’ in our western culture

The 2016 Disney Pixar film “Finding Dory” details the life of a blue tang fish named Dory who deals with short-term memory loss. The animated movie explores complex issues such as mental health, the power of community, and the interplay between humans and wildlife.    One theme...
Read More

There is a difference between using something and leveraging something. You can use money to buy things you may or may not need. But that does not equate to leveraging it. Leveraging money as an investment could double or triple the initial investment. Using takes something at...
Read More

The beauty of adoption

Mom and dad never called me their adopted son. I was just their son. I was born into an unfortunate situation, but I was adopted into a blessed family. In 1966, adoption was not as highlighted in the American church as it is today. In the spring of 1998, I was a seminary student...
Read More

5 areas where pastors can grow in the new year

In the optometry profession, 20/20 means clarity or sharpness of vision.    For most people, the year 2020 was anything but clear. In fact, 2020 was as unclear as a year could be because of the repercussions of COVID-19, especially if you are leading in ministry as a pastor.   ...
Read More

People say if you live in the North Carolina mountains, they’ll always call you back.   For Michael Childers, that’s pretty much what happened. Except it was God who called him back, not the hills, he says.   Drive to Brevard over in western North Carolina, and then head out of...
Read More

Resolve to pray for and encourage your pastor in the new year Happy New Year! I know that those are welcome words for many of us, myself included. Given the events of the past year, we are all ready to return to some semblance of normal, although normal will undoubtedly look...
Read More

Church leadership coach, and author Will Mancini has been added to the lineup of speakers for the 2021 N.C. Baptist Disciple-making Conference, which is scheduled for Tuesday and Wednesday, Feb. 23-24, in a hybrid format. Registration for the conference is now open.   Mancini,...
Read More 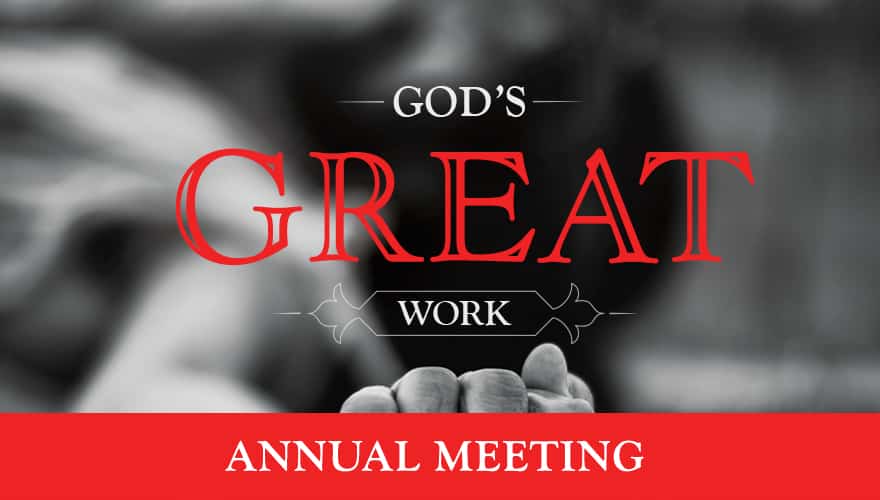