John Stonestreet serves as president of the Colson Center for Christian Worldview. He is a speaker, writer, cultural commentator and host of Breakpoint Radio, a program and podcast devoted to Christian worldview founded by the late Chuck Colson.

Stonestreet is passionate about illuminating a biblical worldview for today’s culture, and he will be the keynote speaker at this year’s N.C. Baptist Disciple-Making Conference on Tuesday, Feb. 26 at Green Street Baptist Church in High Point.

Stonestreet took some time to answer some questions related to worldview, cultural engagement and what he plans to share at the conference. Following is a lightly edited transcript of that conversation.

For those who may not be familiar with it, can you describe the Colson Center and your role there?

The Colson Center stewards one aspect of the rich legacy of Chuck Colson after his many years in the prisons. He became concerned that the prison population was exploding in America and realized brokenness was happening upstream. That drove him into studying some of the great thinkers like (William) Wilberforce, Abraham Kuyper and others who turned him on to the concept of Christians understanding their faith as a complete worldview, so they could engage the culture well.

Chuck spent the last 20 years of his life talking about culture and how the church should be involved in bringing restoration. Everything that belongs to that part of Chuck’s legacy is under our purview. Our podcasts, website, Colson Fellows program and Wilberforce Weekend — which is our big conference every year —are designed to help Christians understand what’s happening in the culture from a biblical worldview and to encourage, motivate and equip them to engage the culture as Christians.

At the outset of your book A Practical Guide to Culture you write, “Culture is a big topic and is much more easily theorized about than engaged in.” Why are believers often hesitant to engage culture?

I think there are probably a number of reasons. One is they are not aware of how culture is shaping them. They are like proverbial fish who don’t know they’re wet. Culture is to humans as water is to fish. If you are not intentionally stepping out, taking a look at it, trying to evaluate it, and trying to be intentional about understanding it, then you just end up swimming in the cultural waters. That is part of it.

Another aspect is what you might call the cocktail party pressure — the social cost for going against the cultural tide, especially in our time and place when it comes to areas of sexuality. No one wants to be a jerk, and no one wants to be called a bigot, so there is a good bit of pressure by not going along with the direction the culture is going. We don’t stop and engage it; we just go along with it.

Also, there is a lack of equipping. One of the most descriptive phrases we’ve heard of where Christians are, comes from Christian Smith’s work several years ago when he said many young people are moralistic, therapeutic deists. In other words, they want to be good people, nice people and happy people, and ultimately that’s the extent of how they understand their faith applies to life.

If you’re not equipped, there’s a good bit of self-preservation that kicks in. I just don’t think it’s been a conscious part of discipleship. We don’t see engaging the culture as any central part of discipling believers, and I think it needs to be.

“Throughout history, the church has made the most difference when it has run into the cultural brokenness, not away from it.”

Your book covers a lot of topics ranging from entertainment and consumerism to sexual orientation and gender identity. What are some of the significant cultural shifts we need to understand in order to engage our neighbors with the gospel?

In addition to what we call in the book “cultural waves” — the things we feel — there’s the undercurrent, things that have shifted over the last several decades that have changed what it really means to experience the world today. One is the shift to the information age. That’s a really big deal because now in the culture we have access to more information, and we are more highly susceptible to confusion and deception, because there are so many ideas coming at us all the time. We say in the book that the information age is really the ideas age. A lot of times ideas come at us without a strong argument, without really being proven, and maybe even are misportrayed. So we don’t have a real keen sense of discernment when it comes to ideas, because it’s easy to be deceived.

There is certainly the fact that we live in a culture, and this is somewhat obvious, but I don’t know if it’s obvious how it affects us. We’re in a culture where we’re more connected but also more relationally isolated than ever before. It’s one of the great ironies — we have more ways to talk to each other and more people report being lonely. There’s a great opportunity there because the gospel is centered around the God who became flesh, so there’s a relational component to the Christian worldview that others don’t have.

Also there are issues having to deal with sexuality, marriage and gender. A lot of times we see those as separate issues, but fundamentally all those issues are about identity. Why that’s important to understand as the cultural shift is that we tend to look at those issues in moral terms. So when it comes to all the issues about sexuality and marriage, a lot of times the church is having a moral conversation while the culture is having an identity conversation, which is why we’re often shooting past each other.

The 2019 Disciple-Making Conference will focus on how to be salt and light in a rapidly changing culture. How can we do that and where do we begin?

First of all, we have to know what we believe and why we believe it. We need to be really clear that when we talk about Christian truth, we’re not talking about things we believe are true; we’re talking about things that actually correspond with reality. I think that’s the jump a lot of people need to make — the difference between saying I believe this and being able to articulate and make the case that Christianity as a worldview best explains the way the world actually is.

We’re not going to be salt and light if we’re just addicted to being relevant at all costs. That’s the irony of it. In order to reach the world, a lot of times we just want to be relevant, but the larger culture is confused on fundamental issues about what it means to be human, what’s right and wrong, and what the answer to the world’s problems are. So if we try to be relevant to the sort of things that the culture is wrestling with, we’re actually going to be irrelevant to what’s actually true.

In your book, you mention the importance of asking good questions to help understand someone’s worldview. Can you share an example of a good question a believer could ask an unbeliever with a different worldview as a bridge to evangelism?

We offer a lot of them in the book because really the question-asking strategy is what you get from Jesus Himself and the other great educators in history. I’ll share the best ones for my talk at the conference, but the one I think we can use is from Blaise Pascal. It is essentially, “What if you’re wrong?” We’re in a culture where people think the only criteria for something being true is that they believe it. In other words, it doesn’t matter what actually corresponds to reality, it just matters that they believe it.

But the question is, “What if you’re wrong?” Because if were dealing with facts and not just feelings when it comes to faith, then you can choose to step off the roof, but you can’t turn around and choose not to hit the ground. There are going to be consequences to what you think and what you believe. So just being able to connect what people believe to the consequences of those beliefs is one way to shake people out of this deeply embedded cultural relativism that we all live in.

We’re looking forward to having you with us at the conference. What do you hope attendees will take away from the event?

The history of the church has run into cultural brokenness, not away from it, and we’re in a time where we are really tempted to run away because the cultural pressure is heating up. But throughout history, the church has made the most difference when it has run into the cultural brokenness, not away from it. You can’t do that unless you are equipped to do that, so I hope this conference helps Christians take their place in church history by doing that.

On death and dying, as it relates to churches

In 1969, Elisabeth Kubler-Ross, a Swiss-American psychiatrist, wrote the classic book On Death and Dying. This work, chronicling lessons she learned with terminally ill patients, outlined the five stages that all people go through as they near death. Beginning when they are...
Read More

4 symptoms to watch for when assessing pastoral health

In preparation for this article I confess I did Google, “How to know if a pastor is healthy?” The number of articles, blogs and sites addressing the increasing issue of pastoral health did not disappoint. After all, we are hopefully coming out of the most difficult time of...
Read More

Dale Fisher received quite the surprise on his 70th birthday. Not only did ministry colleagues serenade him with a rendition of “Happy Birthday” during the N.C. Associational Missions Conference in early April, they also recognized Fisher for his long tenure of service in leading...
Read More

The power of a name: God’s faithfulness in mental health

If I have learned one lesson this year, it’s that there is power in a name. When we give our struggle a name, we are able to better distinguish truth from lie and work toward healing. Naming opens the door to freedom and sheds light on truth that can feel uncomfortable, exposing...
Read More

Join us Feb. 26 to learn how to engage the culture. 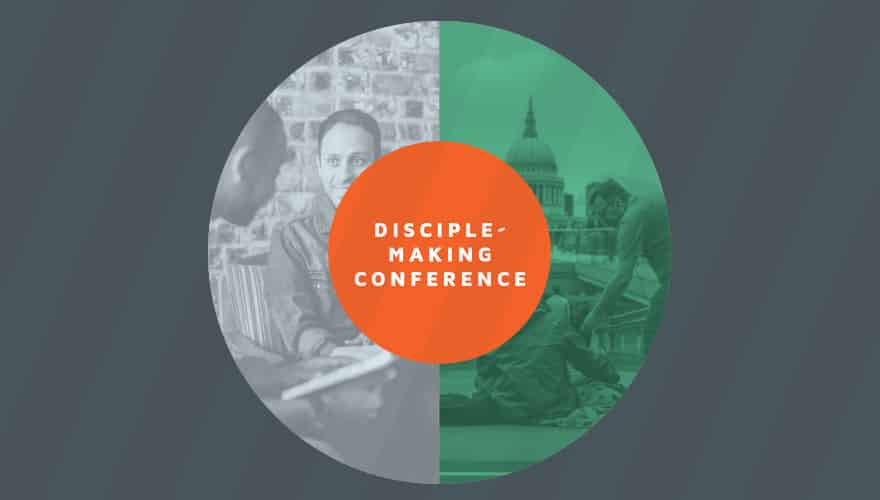