Richard Owen Roberts, president and founder of International Awakening Ministries, is the keynote speaker for the annual “Awaken” prayer gathering, scheduled for March 8-9 at Pleasant Garden Baptist Church near Greensboro. The event is free, and a love offering will be received.

A special pre-conference dialogue and dinner with Roberts on Friday, March 8 from 3-6 p.m. is open to pastors, ministry leaders and prayer leaders. The dialogue session and dinner are free, but registration is required. Learn more and register at ncbaptist.org/awaken.

Roberts recently spoke with Chris Schofield, who directs the Baptist State Convention of North Carolina’s Office of Prayer, on the subject of revival and spiritual awakening. Below is a summary of a portion of their conversation:

The Lord wants to send revival to the church and spiritual awakening to the culture once again in America.

How long have you had a deep burden to see revival and spiritual awakening?
Ever since I was a young man and called to preach. It’s actually been over 70 years now, and the burden has never waned but increased. After I preached my first sermon at a home for the aged when I was 13-years-old, God, through the work and manifestation of His Spirit, began focusing my heart toward the need for revival among God’s people.

Has God used other people or writings to influence your ministry toward revival and spiritual awakening?
Yes, indeed He has. He used an obscure writing on revival by Albert Barnes called “The Theory and Disirableness of Revivals”to really grab my heart about the great need for revival among God’s people and how God uses revival as a catalyst for spiritual awakening and evangelism among those who are lost. I am sure that God also used the prayers of my grandparents — my father’s parents — who were from Wales, which is called the “Land of Revivals” to impact my spiritual life and desire to see revival. Wales experienced some 50-60 significant revival movements from 1500-1910, including the 1904-05 Welsh Revival. I was actually named after a popular Welsh revivalist from the 1800s, Richard Owen.

Is revival different from spiritual awakening?
Yes. Revival is for the church and is what takes place when the church is renewed and restored in its relationship with the Lord as He draws near through His manifest, holy presence. Spiritual awakening refers to what takes place in the surrounding world or lost culture. Both are something that only God can accomplish as He manifests His presence with and through His people and among the lost multitudes. As God’s Word takes root in revival among His people a healthy awe and fear of God sweeps His people and subsequently the surrounding lost world as many are converted to Christ. People who had no interest in Christ days before suddenly become open to the preaching of God’s Word and salvation. It is a truly wonderful thing.

Are you hopeful that God will send revival and spiritual awakening to sweep the American church and nation?
Yes, I am. I am not saying that we are on the brink of revival, but God is definitely raising up individual believers who are waking up to the reality of God’s judgment on the church and nation as a whole and the utter hopeless state we are in apart from a sovereign work of God through revival and spiritual awakening. These individuals believe in what God can do. They see it and are passionately praying, longing for and hanging on to God and His Word that He will suddenly draw near to His people in revival, which ultimately will result in a great spiritual awakening among those who are lost.

We are looking forward to you being with us in North Carolina for the “Awaken”prayer gathering March 8-9. What do you hope attendees will glean from our time together?
That the greatest need for believers today is to return to Christ in holiness. Holiness is the result of God’s reviving work in their lives. Holiness also produces a life of righteous living and Christlikeness which results in an unwavering obedience to God and His Word and a holy fear and reverence of God. That’s when the lost world takes notice of who God is and their need for Christ.

15 vital things you can give your pastor

Why I’m excited about this year’s Pastors’ Conference

The past year has been difficult. The world we live in today looks quite different than it did just 18 months ago. Many things we were accustomed to doing have either disappeared, been restricted, or have changed, for better or worse. One of the biggest changes was the separation...
Read More

The local school: A great place for church ministry

For the most part I really enjoyed school. However, there were some aspects of the time that I enjoyed more than others. I enjoyed the learning, the socialization, and of course, the sports. I found most of the assignments manageable with the exception of writing papers. Sitting...
Read More

Ready or not, here they come! Evaluating your church with fresh eyes

Is your church ready for guests who may visit your church after first watching online? Are you ready for members who may return after an extended COVID-19 break? What steps can you take to make a great first impression and reintegrate those who want to reengage with your...
Read More

Why personal evangelism is a key ingredient for turnaround churches

Many pastors and churches today are struggling. Pastors are discouraged, and some are leaving the ministry altogether. It’s been estimated that more than 80% of churches are plateaued or declining. Yet, some churches are seeing a turnaround. A fresh wind is blowing. These churches...
Read More

Looking forward to being on mission together

In late August, a series of organizational changes were unanimously approved by our state convention’s executive committee aimed at advancing all of us forward as a movement of churches on mission together. We’ve been working toward implementing these changes, and I hope that our...
Read More

Fostering and adoption: Why forever matters

“Which one is my mommy now?” I never imagined a child asking someone to point out who their mother was. However, the little blonde-haired girl named Ally, who I was holding that day, had already lived with three different families in the span of 15 months since she and her sister...
Read More

10 principles for leading in church revitalization

Many churches in our world today are in deep need of revitalization. In order to lead your church in revitalization, there are some basic principles you must follow. Here are 10 principles for a revitalizer: Be humble. You must swallow your pride, humble yourself and love even...
Read More

Join us Mar. 8-9 for this statewide prayer gathering. 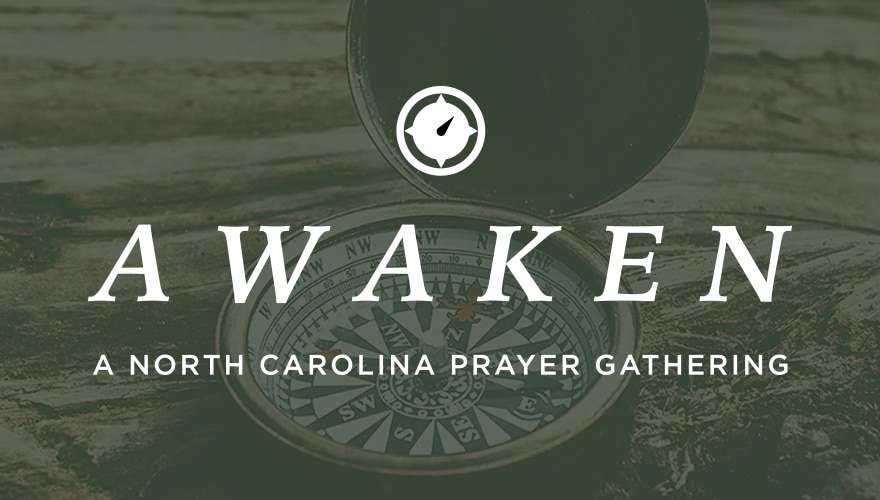