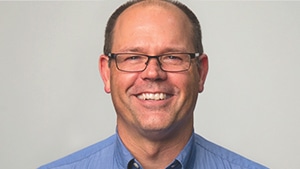 Brian K. Davis has served the BSCNC since July 2006. He began as executive leader for Administration and Convention Relations, and beginning in July 2013 he became the associate executive director-treasurer.

Brian accepted Jesus Christ as his Savior and Lord in September 1974 at Bethlehem Baptist Church in Taylorsville. He surrendered to enter the ministry in November 1992 at Mud Creek Baptist Church, and was licensed and ordained two years later by Mud Creek.

His denominational service includes executive director of the BSCNC Council on Christian Higher Education, service on the BSCNC Board of Directors and Executive Committee, and chairman of the BSCNC Articles and Bylaws Committee. He has served as BSCNC second vice president, a member of the Southern Baptist Convention Nominating Committee, and a member of the Agricultural Missions Board of Directors for North Carolina Baptist Men. Brian also assisted the Carolina Baptist Association as vice moderator, moderator and member of the ordination council. He has also taught New Testament at Fruitland Baptist Bible Institute.

Brian earned his bachelor’s degree in agricultural education, with a minor in horticulture from North Carolina State University. He earned his master of divinity, with a concentration in pastoral ministries, from New Orleans Baptist Theological Seminary in New Orleans, Louisiana.

Brian received his doctor of ministry degree from Erskine Theological Seminary in Due West, South Carolina. His dissertation was titled, “Preparing Anglo Adults to Teach Hispanic Children in the Sunday School.”

He has been married to his wife, Jill, since June 1991. They have two sons, Aaron and Benjamin, and a daughter-in-law.