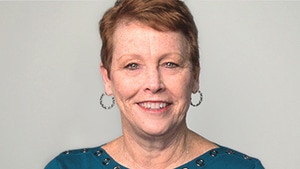 In October 2012, Cheryl Markland joined the BSCNC as senior consultant for childhood ministries. Previously, she served 17 years as a children’s minister at Eastern Hills Baptist in Charlotte and First Baptist Church in Matthews. She received her bachelor’s degree in 1978, and a master’s degree in Christian education in 1998 from Pfeiffer University.

Cheryl’s favorite part of ministry is seeing a child’s eyes light up as they discover a new truth about the greatness of God. She enjoys watching children’s leaders more fully understand the importance of their role as a disciple-maker in the life of a child.

She has been married to Curtis since 1981. They have two children, Matthew and Leanne; a son-in law, James, and daughter-in-law Melissa; and two granddaughters, Hannah and Abby. Curt and Cheryl are members of FBC Garner.