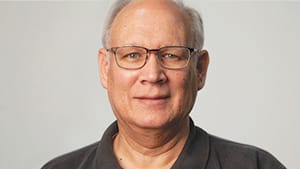 John Rosal has served as interim senior consultant for Hispanic Ministries since May 2019.

John came to know Jesus as his personal Lord and Savior as a teenager in Guatemala. After graduating from high school, John was called into ministry and returned to the United States to attend Bible college.

John has served the Lord in missionary work, in various lay ministries within the local church and in pastoral ministry.

He currently serves as pastor of discipleship and outreach at First Baptist Church of Tarboro, N.C., where he also pastors the Hispanic congregation. John has served at First Baptist Tarboro since 2006.

John married his wife, Jeanne, in 1983, and they have two children, Rebecca and John Michael, and one grandchild, Elena Marie.

Philippians 3:7-11 is a Bible passage that has been meaningful to John over the years.