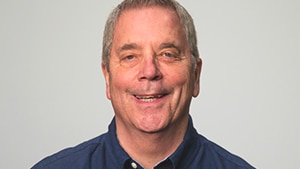 John R. Gordy began his ministry with the BSCNC as strategy coordinator in February 2016. Before joining the Strategy Focus Team, John and his wife, Pat, served over 34 years with the International Mission Board in Africa, East Asia and the Middle East.

At the age of 12, John accepted Christ during a revival service at his home church in Chattanooga, Tennessee. He recommited his life to Christ after high school graduation, sensing God’s call into full-time ministry.

John earned his bachelor’s degree from Samford University in Birmingham, Alabama. He received his master of divinity from Southern Baptist Theological Seminary in Louisville, Kentucky, and his doctor of ministry degree from New Orleans Baptist Theological Seminary in New Orleans, Louisiana. While on the mission field, he earned his doctorate of philosophy degree in missiology from the Northwest University of South Africa.

John and Pat have three adult children and 10 grandchildren. John loves to cycle and play tennis.