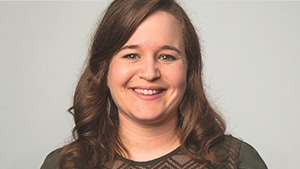 Although Lauren originally began serving at the BSCNC in September 2013, she has been working with the Great Commission and Associational Partnerships Teams since August 2016.

As a missionary kid, she grew up in East Africa and was drawn into a relationship with Christ at an early age. Throughout her journey with Christ, He has cultivated and grown in her anguish for the lost and oppressed, an unshakable love for the Church and passion for deep discipleship among all peoples.

Lauren has a bachelor’s degree in intercultural studies from North Greenville University. She is currently pursuing a master’s degree in public health, in hopes of gaining further opportunity to use her God-given gifts and passions to further His kingdom expansion among the unreached, both here in North Carolina and across the globe. Lauren is a covenant member at Harvest Church.