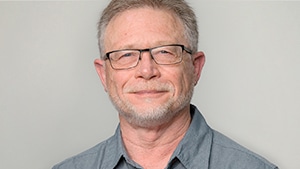 Neal Eller Jr. has served North Carolina Baptists for 23 years. He began his work in January 1991 as associate in the church music department, became team leader for music and worship in 1995 and served as team leader in the area of church health from 2004 to 2013.

Neal graduated from the University of North Carolina at Greensboro in 1976 with a bachelor’s degree in music education. In 1978, he earned his master of church music degree from Southwestern Baptist Theological Seminary in Fort Worth, Texas.

Since coming to the BSCNC, Neal began the N.C. Baptist All-State Youth Choir; traveled with the N.C. Baptist Singers on mission trips to Brazil (1991, 2008), South Africa (1999) and Alaska (2002); helped develop the vision of “creating a disciple-making culture” for congregational services; and now leads the way in a championing a discipling approach to creating generous disciples, traditionally known as stewardship.

He is married to Cherri, and they have one daughter, Candice, and a son-in-law. Neal is humbled by his experience serving as a missionary to North Carolina Baptists over the last 22 years. God has ignited a passion within him to live and model the Great Commandment and the Great Commission 24/7, and to lead North Carolina Baptist pastors, leaders and churches to generously give everything for His glory and for the benefit of others.