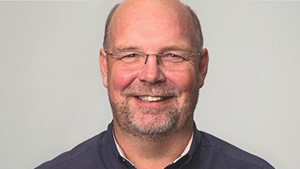 Paul Langston is the missions mobilization consultant with North Carolina Baptists on Mission. Prior to his current position, Paul served as director of missions of the Eastern Baptist Association, pastor of three churches in the Carolinas and as a missionary with the International Mission Board in Sardinia, Italy.

Paul has led mission teams to New Mexico, Montana, Idaho, New York, Pennsylvania, Mississippi, Honduras, El Salvador, Haiti and the Dominican Republic. He has also been involved in disaster relief through NCBM and when he was a pastor in South Carolina.

Paul’s passion is to help churches and associations involve every member in using their God-given gifts in missions. He loves seeing the joy that comes when a person surrenders their gifts, talents and time to God. Some of his greatest joys are seeing the renewal and revitalization that comes in an individual’s life and in the life of a church when people use their gifts to make an eternal impact through missions involvement. He believes that even the simplest gift when placed in the Master’s hands can produce exponential results, and that missions involvement is critical to the life of a church.