Baptists have a long history of publishing statements of faith (commonly called confessions) for guidance and instruction, embracing their value but acknowledging God’s Word as the supreme standard for all matters of faith and practice.

For more than a decade, the Baptist Faith & Message 2000 (BFM) has been the doctrinal guide for N.C. Baptist missions and ministry efforts. The BFM was first developed and adopted by the Southern Baptist Convention (SBC) in 1925. Revisions to the confession were approved by the SBC in 1963 and 2000 for clarity on contemporary issues.

The Baptist State Convention of North Carolina operates its ministries, supports new church plants and trains the next generation of pastors in accordance with the BFM 2000.

Many congregations have adopted a preferred revision of the BFM, but others choose to embrace historic Baptist statements like the 1689 Second London Confession or the 1833 New Hampshire Confession. In addition, churches sometimes develop their own statement of faith or choose not to adopt a doctrinal guide in addition to the Scriptures.

Those positions are acceptable for affiliated N.C. Baptist churches, according to the convention’s governing documents. The convention does not require affiliated churches to formally adopt the BFM, but it does expect churches in friendly cooperation to refrain from positions or behaviors that represent egregious violations of our faith and practice.

In summary, the Baptist State Convention of North Carolina affirms the BFM as the statement of faith for its cooperative ministries, while honoring the independence and authority of local congregations in its affiliation requirements.

Has the convention ever considered requiring churches to adopt the BFM?

Messengers to the 2010 N.C. Baptist annual meeting approved a motion asking for a study committee to consider adopting the BFM as the convention’s statement of faith. A special committee of the board of directors was formed to study the proposal and bring a recommendation back to the convention.

Serving as ex-officio members, convention and board officers:

The committee conducted research over the following year. In the group’s report to the convention in November 2011, it affirmed the use of the BFM in three key areas of N.C. Baptist ministry: (1) theological education at Fruitland Baptist Bible College, (2) church planting and (3) general convention staffing. The committee said it discovered in the course of its work that each of the identified areas had already formally adopted, affirmed or was acting in accordance with the BFM.

Why isn’t the BFM in our governing documents?

In response to questions during a board session about placing the BFM in the convention’s governing documents, the 2011 BFM Study Committee recommended against such action for the following reasons:

Although the N.C. Baptist governing documents do not require churches to adopt the BFM, they do, however, identify examples of egregious violations of our faith and practice that limit affiliation with the convention.

The N.C. Baptist board of directors will recommend an amendment to the articles of incorporation at the 2022 annual meeting, expanding examples of egregious violations to include endorsing LGBTQ+ behavior, engaging in discriminatory behavior on the basis of race or ethnicity, and mishandling sexual abuse. A copy of that full report is available here along with a helpful frequently asked questions resource. 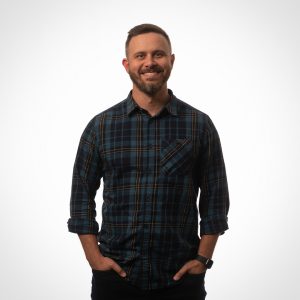