Why we need more churches

Do we really need more churches? As one who leads church planting efforts for the Baptist State Convention of North Carolina (BSCNC), you would expect my answer to unequivocally be “Yes and amen!” But I also realize that I live in “church-planting world.”

Do we really need more churches?

As one who leads church planting efforts for the Baptist State Convention of North Carolina (BSCNC), you would expect my answer to unequivocally be “Yes and amen!” But I also realize that I live in “church-planting world.”

Daily, I find myself talking and dreaming with people who see church planting as an integral part of Jesus’ parting instructions to His soon-to-be birthed church found in Matthew 28:19-20: “Therefore go and make disciples of all nations, baptizing them in the name of the Father and of the Son and of the Holy Spirit, and teaching them to obey everything I have commanded you.”

Approximately 4,300 churches affiliate with the BSCNC. Why could we possibly need any more?

The harvest is ripe and diverse
Recent statistics say that 70 percent of Americans have no true commitment to the church. In John 4:35 Jesus said, “You know the saying, ‘Four months between planting and harvest.’ But I say, wake up and look around. The fields are already ripe for harvest.” With more than 5.8 million people in North Carolina who do not know Jesus Christ, it is He who tells us that His fields are ready.

Not only is the harvest ripe, North Carolina’s harvest fields are diverse. With more than 300 languages spoken in our state, it appears as though the harvest is coming to us. It takes all kinds of churches to reach all kinds of people. This is especially true when people speak a different language. But even when the same language is spoken, there are incredible differences.

At the beginning of the modern church planting movement, missiologist C. Peter Wagner wrote in his book Strategies for Church Growth that “Planting new churches is the most effective evangelistic methodology known under heaven.” Why? What is so evangelistically effective about new churches?

New churches show an evangelistic intentionality to reach unchurched people and statistics show that they do it pretty effectively.

New churches reach unchurched people
We live in an unseeded generation. What is an unseeded generation? In past generations, families, schools and societies regarded the Bible as an important part of raising children. That day has all but passed. Even here in what has been traditionally known as the Bible Belt it is not uncommon to meet people who have had no biblical foundation in their formative years. The Bible Belt is rapidly becoming less churched than previous generations.

Enter new church plants. New churches show an evangelistic intentionality to reach unchurched people and statistics show that they do it pretty effectively. While older congregations offer many things like programs, long-standing stability and permanent facilities that new churches often do not, newer congregations that are filled with formerly unchurched people often have a greater mandate to attract and invite their nonbelieving friends into their gatherings. And statistics show that they are effective at this as well.

There have been many studies to see if the age of a church has an impact on how effective it is in reaching new people with the gospel. One study highlighted in the book Viral Churches revealed that established Southern Baptist churches baptized 3.4 people per 100 resident members, while new churches baptized 11.7.

This doesn’t mean established churches do not reach lost people. They do. But many new churches raise up leaders from the formerly unchurched, and those leaders have insight into reaching those who are as they used to be.

A sobering reminder
Here is a fact that we all need to let soak in: church attendance is in decline. We don’t need new churches because they are a newer, better version of our existing churches. They are not.

On the contrary, we need new expressions of the body of Christ that are intentionally focused on reaching the unreached in our cities and towns across North Carolina. If we are going to reach people who do not currently attend church, it is imperative that we do what will be most effective to help them experience the life-changing salvation of Jesus Christ. 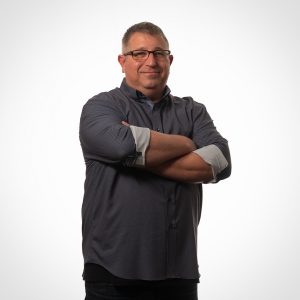