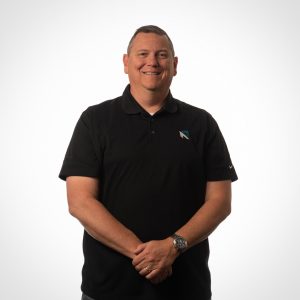 Brian was named director of the Ministry Strategies group in October 2021. He also serves as the state convention’s associate executive director-treasurer.

During his tenure, Brian served a stint as the convention’s interim executive director-treasurer, and at different times he led the work of the Evangelism and Discipleship group, the Disciple-Making team, the Church Health and Revitalization team, and the former Church Ministry team. Brian also coordinates the annual N.C. Baptist Disciple-Making Conference.

Prior to joining the state convention, Brian served local churches in Mississippi, Louisiana and Georgia. From 2000 to 2008, he served at First Baptist Church of Gulfport, Mississippi, where he ascended to the office of senior associate pastor. He has also served in various youth ministry and education roles in local churches.

Brian has also led or participated in several short-term mission trips. In addition, he has trained pastors and church leaders in East Asia, the Philippines, Moldova and Argentina.

A native of Marietta, Georgia, Brian earned his bachelor’s degree in music education from Valdosta State University in Valdosta, Georgia. He taught music and was a middle school band director for several years before answering a call to vocational ministry.

Brian and his wife, Brandie, have two grown children.