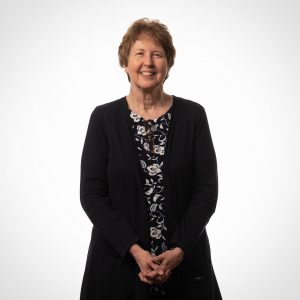 Cindy Bartholomew has enjoyed a long career with the Baptist state convention and currently serves as an accounts payable assistant.

She first joined the convention in 2012 following nearly two decades with Alcatel Lucent in Raleigh. Cindy has also been actively involved in leadership with Bible Study Fellowship for many years.

Originally from Tennessee, Cindy and her husband, Don, have lived in Cary since 1983. They are members of First Baptist Church of Cary. They have two children, six grandchildren and two dogs.