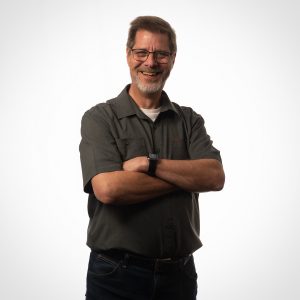 Ron Rasberry has been serving North Carolina Baptists since 1994. He began as an information technology (IT) manager working to develop and improve the convention’s servers and computer networks and to support end-user computer systems. Today, he is focused on the convention’s servers and networks across multiple facilities; communications systems, such as phones and email; and security systems protecting both the physical building as well as network and computer systems.

Before coming to the Baptist state convention, Ron earned a bachelor’s degree in computer science from the University of North Carolina at Charlotte and worked as a programmer for a small programming company. Later, he worked for IBM before moving into network management in the banking industry.
Ron enjoys serving alongside North Carolina Baptists. He also enjoys spending time with his family, including his wife, Belva Jane, and their three children.

Ron currently serves as an elder at Good Hope Baptist Church in Cary, North Carolina, where he and his family are members.