Being pro-life calls for advocacy and action

As followers of Jesus Christ, the sanctity of human life is an issue that we can all stand united together on. Scripture tells us that all human beings are made in the image of God, are knit together in our mother’s womb, and are fearfully and wonderfully made.

As followers of Jesus Christ, the sanctity of human life is an issue that we can all stand united together on. Scripture tells us that all human beings are made in the image of God, are knit together in our mother’s womb, and are fearfully and wonderfully made.

In 1984, former President Ronald Reagan issued a proclamation declaring Sunday, Jan. 22, 1984, as National Sanctity of Human Life Day. The proclamation came a little more than a decade after the landmark 1973 decision by the U.S. Supreme Court in the case of Roe v. Wade, which legalized abortion in all 50 states. Today, many churches still recognize the third Sunday in January as Sanctity of Human Life Sunday, which this year falls on Jan. 16.

Last month, the Supreme Court heard oral arguments in Dobbs v. Jackson Women’s Health Organization, a case that has the potential to reshape the legal landscape surrounding abortion. In 2018, Mississippi lawmakers passed legislation that limits elective abortions after 15 weeks of gestation. The state’s only abortion provider, Jackson Women’s Health Organization, challenged the law and lower courts have blocked it from taking effect. Mississippi appealed those rulings and now the nation’s highest court will decide whether states can limit abortion before viability, which is around 24 weeks of gestation.

What if more of our N.C. Baptist churches and their members got directly involved in seeking ways to serve and support those facing an unplanned or crisis pregnancy?

As we continue to pray for the decision in the Dobbs v. Jackson case which is expected later this year, what else can we do to advocate for the unborn? Many churches and individuals have a long history of being strong supporters of life, which is good, right and just. We must continue such efforts that involve raising awareness about the issue and supporting pro-life policies and initiatives, but we must not stop there. What if more of our N.C. Baptist churches and their members got directly involved in seeking ways to serve and support those facing an unplanned or crisis pregnancy?

Local pregnancy resource centers across our state are in need of volunteers to provide compassion and care to women facing a crisis pregnancy. I’m thankful that many N.C. Baptist churches have partnered with these centers in a number of ways, but even more partners and volunteers are needed. To assist these centers in their life-saving work, your state convention staff is currently working to provide ultrasound machines to centers in two regions of our state.

There is also a tremendous need for individuals and families to love, serve, support, encourage and mentor mothers who are experiencing a crisis pregnancy. Such support can go a long way in helping a mother make the choice for life. And for mothers who do choose life, ongoing assistance is often needed in parenting or in placing newborn children into loving families through adoption. We cannot encourage an expectant mother to choose life but then leave her alone to figure things out.

The easiest act in the world is to vote for elected officials who are pro-life, but followers of Jesus live pro-life by really helping others.

North Carolina Baptists, we have a tremendous gospel opportunity to not only be advocates for life but to also be actively involved in assisting those facing crisis pregnancies. What a great way for us to be on mission together. 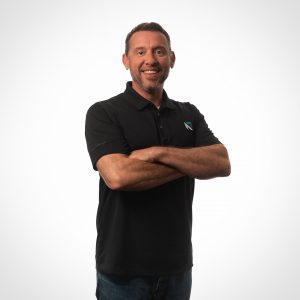 Before joining the staff of The Summit Church, Unzicker served as the director of missions for the Holmes Baptist Association in Bonifay, Florida, from 2007 to 2012, before the title was renamed associational mission strategist. While serving in Florida, he worked to bring mostly small, rural churches with bivocational pastors together for church planting and international missions. He also served for two years as a missionary in Central America.

Unzicker earned his bachelor’s degree from the Baptist Bible College of Florida and his master of divinity from Southeastern Baptist Theological seminary. Prior to his salvation and his call to ministry, Unzicker worked as a sports reporter covering the nationally ranked University of Georgia football program.
A native of Fairfax, Virginia, outside of Washington, D.C., Unzicker has been married to his wife, Ashley, since 2007. The Unzickers have three children and reside in Wake Forest.