N.C. Baptists on Mission has deployed volunteers and sent supplies to Moore County in response to an alleged act of vandalism that has left nearly 45,000 people without power in central North Carolina.

N.C. Baptists on Mission has deployed volunteers and sent supplies to Moore County in response to an alleged act of vandalism that has left nearly 45,000 people without power in central North Carolina.

“We want to make sure the needs of the community are being met,” said Tom Beam, disaster relief coordinator for Baptists on Mission.

According to news reports, power outages began around 7 p.m. Saturday, Dec. 3, which prompted a state of emergency across Moore County. Temperatures reportedly dropped to at or below freezing Saturday and Sunday nights.

Although warmer weather is anticipated this week, officials are not expecting power to be restored until Thursday, Dec. 8.

The power outages are believed to be the result of a targeted attack by gunfire on two power substations in Moore County, according to local authorities. A criminal investigation is ongoing, with the FBI joining local police to determine who was responsible.

“We are looking at a pretty sophisticated repair with some fairly large equipment and so we do want citizens of the town to be prepared that this will be a multiday restoration for most customers, extending potentially as long as Thursday,” Duke Energy spokesman Jeff Brooks said during a news conference held Sunday, Dec. 4. Brooks’ remarks were reported by various media outlets.

Beam said that chaplains and volunteers would be ready to provide hot meals, clean clothes, hot showers and listening ears to anyone who needs them.

“I’m thankful for our volunteers who have gotten on the road to Moore County within a few hours of knowing the needs we are trying to meet,” Beam said. “We have great volunteers who love to serve when called upon.” 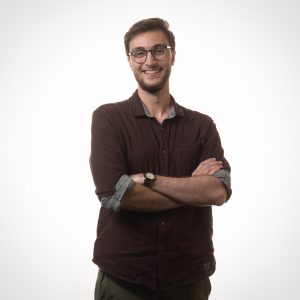