Software training opportunities are provided at no cost for churches and associations in applications.

Below is a list of the classes that will be held in Cary. Registration is required below.

Ji Ae Park serves as the information technology (IT) manager assistant for the Operations group.

Ji Ae Park graduated from the University of Utah with a degree in computer science, and from Southern Baptist Theological Seminary with a master of divinity in Christian education.

In February 2019, she and her husband, Seongho (Paul), planted a Korean Baptist church named Yeollin Baptist Church, in Morrisville, N.C. 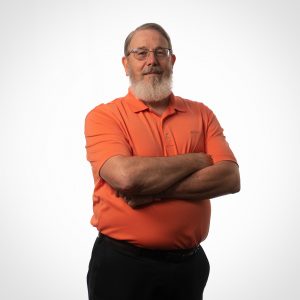 John D. Jones has served in a variety of roles at the Baptist state convention, including as the director of language missions, Hispanic church planter and currently as the information technology (IT) manager.

John grew up on the mission field in Ecuador, South America, with his parents, who were with the Foreign Mission Board of the Southern Baptist Convention (now known as the International Mission Board). Consequently, his native tongue is Spanish.

John and his wife, Patricia, have two daughters. John enjoys teaching Sunday School at New Hope Baptist Church in Raleigh. His hobbies include technology and motorcycles.