The local school: A great place for church ministry

I believe as pastors and ministry leaders, we often struggle with identifying where to start a new ministry initiative. We are well aware that to lead a church in revitalization or church health we must connect the people and ministries of the church to the community where we live. This is the reason we call it the local church.

For the most part I really enjoyed school.

However, there were some aspects of the time that I enjoyed more than others. I enjoyed the learning, the socialization, and of course, the sports.

I found most of the assignments manageable with the exception of writing papers. Sitting down to write this article was reminiscent of staring at a blank paper with dread after being given a writing assignment.

I believe as pastors and ministry leaders, we often struggle with identifying where to start a new ministry initiative. We are well aware that to lead a church in revitalization or church health we must connect the people and ministries of the church to the community where we live. This is the reason we call it the local church.

An initial decision was made by our church to target our community’s “low hanging fruit” and the local school became our connection to the community.

Initially, we found the doors to the schools tightly closed due to their suspicion of our intentions and motives. We completely understand their reticence in welcoming us as they sought the welfare of the children.

What unfolded as we moved forward in building trust with the school leadership can be understood in three phases.

Do whatever you have to do in order to establish a relationship with the school nearest you.

Serve
In order to gain initial access to the school, we had to prove our love for them. I remember sitting down with the principal and the officers of the Parent Teacher Organization (PTO). As we began our meeting I simply asked them to identify their biggest needs at the moment. They shared that they were preparing for the schoolwide field day.

On that particular day there would be parents and family members present on the campus and the PTO was busy trying to spruce up the aging school building and grounds. I then asked what they would like done. They shared a long list that included pressure washing the sidewalks, weeding flower beds, painting poles and much more. They were amazed when I said we could do all of that for them.

The next week our church designated two days for outreach and we had around 30 volunteers on the campus for those two days. We began by serving them and did even more than they had asked or expected from our initial meeting.

Minister
Following the days we spent improving the grounds, the doors to the school began to open wider.

Through ongoing conversations, we discovered there were many grandmothers in our area raising their grandchildren. One of the biggest challenges facing these grandmothers was the fact that many of them had not finished school themselves. Many of them had to quit school in order to work and help the family.

After much prayer we felt led to launch a homework club. This ministry gave parents and grandparents of students that were struggling in school the opportunity to bring their child to the church family life center for a couple hours after school to receive assistance in doing their homework and reading. An important fact to mention is every person involved in this ministry to the children was a senior citizen.

Flourish
The homework club continued strong for a couple years. At a follow-up meeting the school officials informed us that the test scores of the students involved in the ministry had risen substantially. We were invited to expand our ministry and meet on the school campus in order to allow more children to take advantage of the opportunity.

Although I have since transitioned to a position with the Baptist State Convention of North Carolina, my prayer is that the culture of serving and seeking the welfare of the community remains.

If you are a leader in your church looking for a way to connect the church with the community, I say “pick the low hanging fruit.” Do whatever you have to do in order to establish a relationship with the school nearest you. Serve them until they allow you to minister among them and flourish. Become the first place they think to call when a need arises. 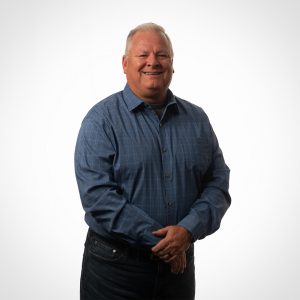 Before joining the state convention, Sandy pastored churches in North Carolina for more than 21 years, which includes a nearly 15-year tenure at Alexis Baptist Church.

Sandy holds a doctor of ministry degree from Midwestern Baptist Theological Seminary with an emphasis in church revitalization.

Sandy and his wife, Cynthia, have two adult children.